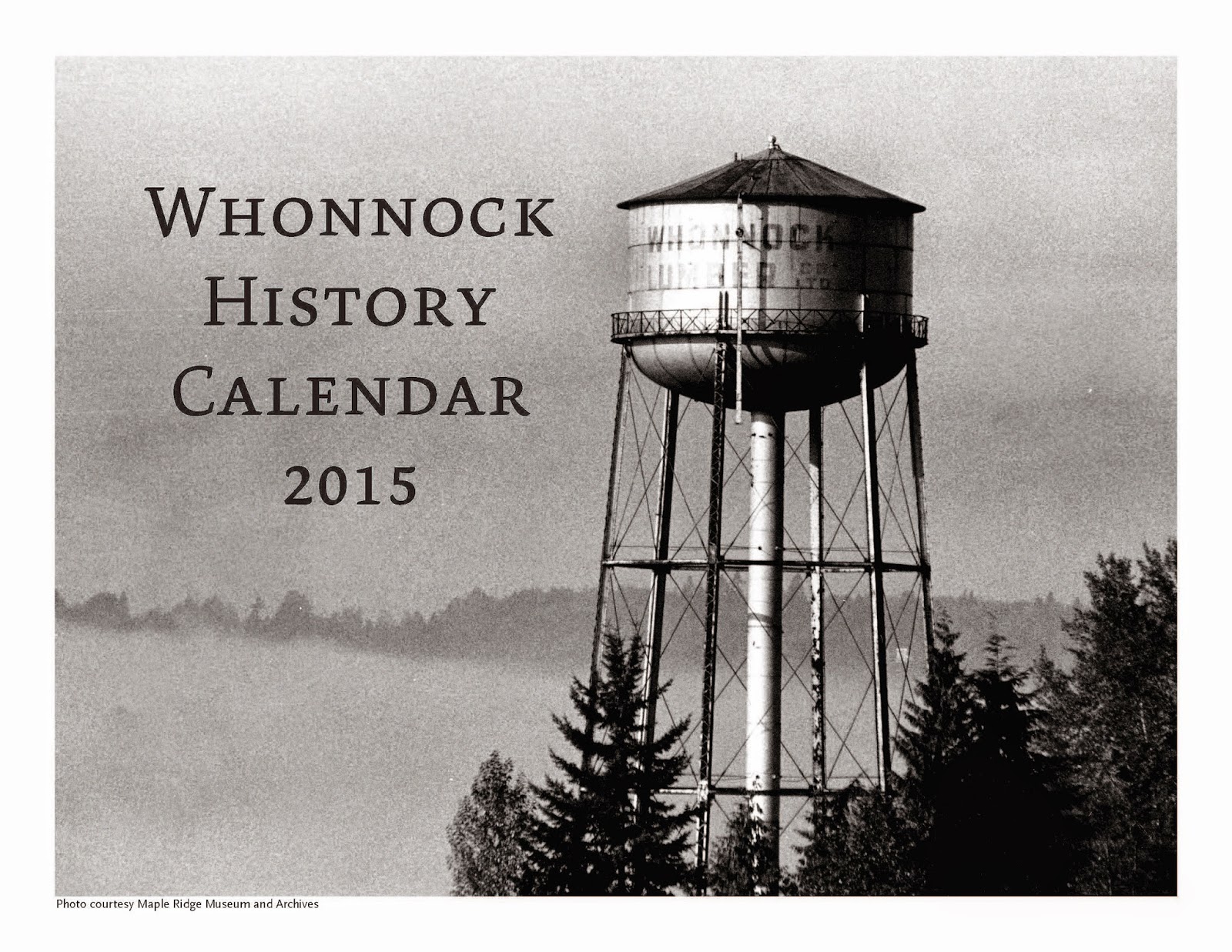 The calendar for 2015 shows on its cover the water tower of the “Whonnock mill.”
The history of a mill at that site started in 1929 with the incorporation of the Whonnock Lumber Mill Ltd. by Zentaro Shin and two partners. The mill they built would work on second-growth timber and also produce railway ties and poles.
The mill closed down a year or so later and in 1932 the ownership changed to Tidewater Lumber Company.
Tidewater rebuilt and enlarged the mill – probably to accommodate first-growth timber – and started operations again early in 1934 with Zentaro Shin as manager of the mill.
Peter Bain purchased the mill in 1936. His company held substantial lumber rights in Whonnock above Dewdney Trunk Road (“X” limits).
In 1947 Bain Lumber Mills Ltd. sold the Whonnock mill to Yorkston Lumber Co. who in 1963 incorporated the mill as Whonnock Lumber Co. Ltd. In 1966 the owners, Frank Brooks and Adrian Yorkston started a process to transfer of the mill to its employees.
The plant was closed and demolished in 1994.
Posted by fb at 11:33 AM No comments: 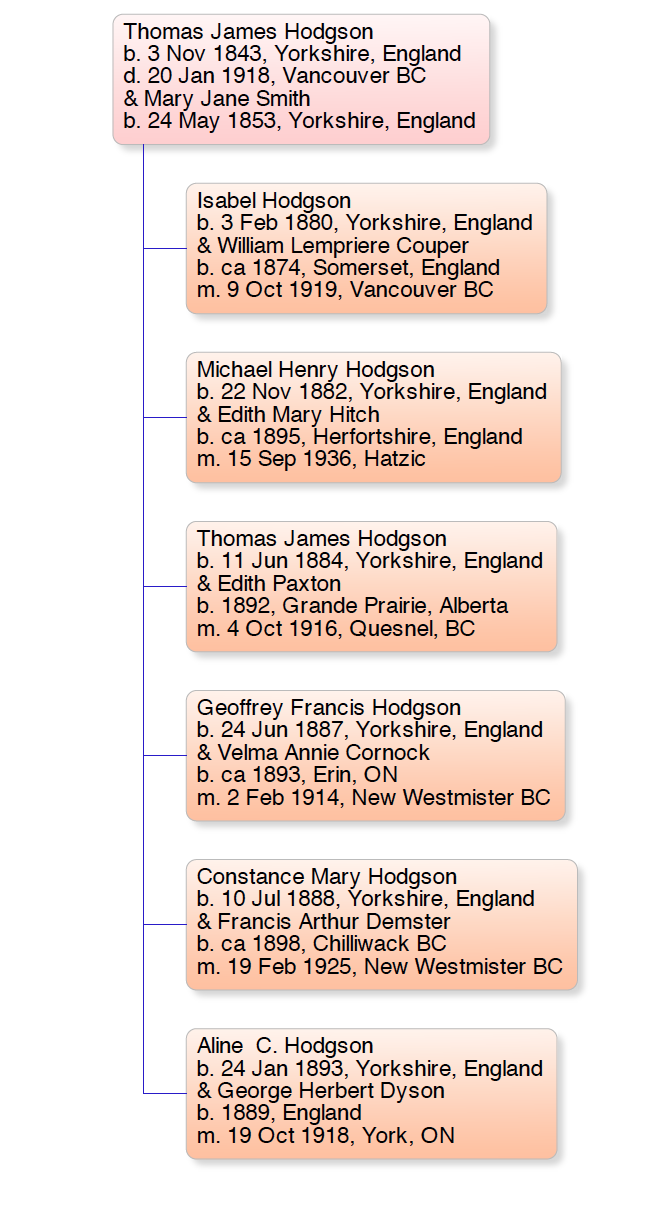 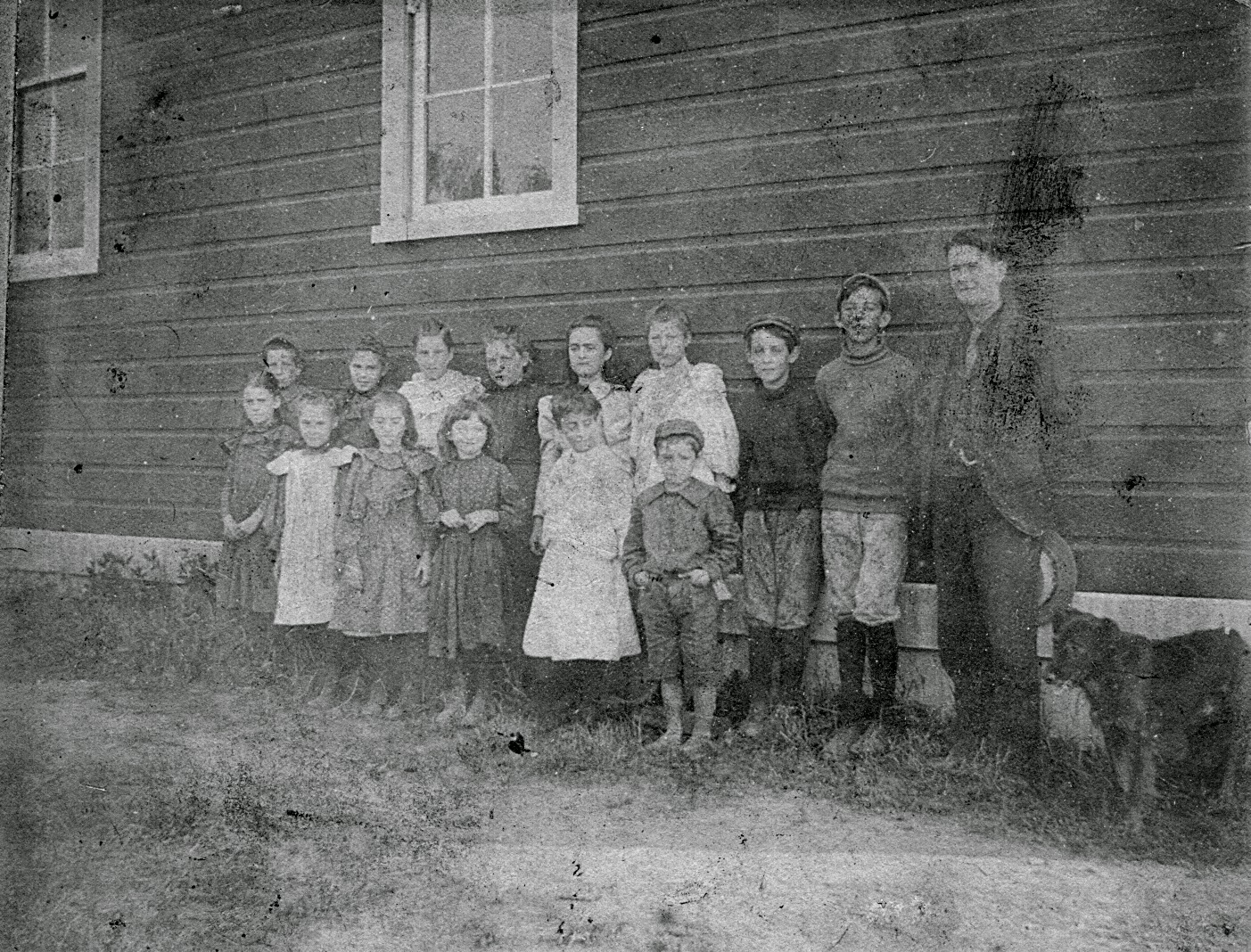 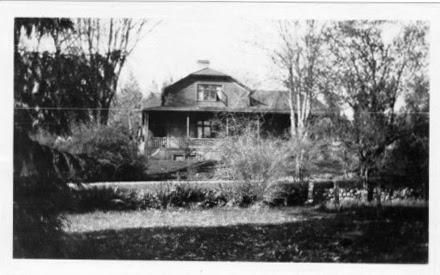 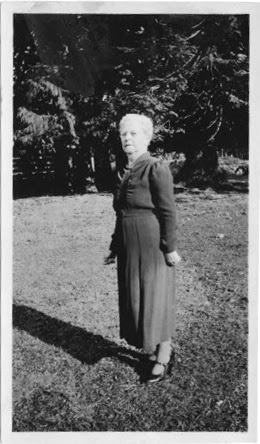 In 1885, Clement Stickney and his wife, Esther Elizabeth Betts, settled in Whonnock. They came from the Falkland Islands where their first three children were born: Ester Mary (1881), Clement William (1882 ), and Jessie Elizabeth (1884).

Clement Stickney was one of the first to settle in Whonnock after the arrival of the railroad. He owned land south of the railway tracks, west of the Whonnock school (he was a school trustee) and only a short walking distance from the general store and the railway station. The records show Stickney to be a fruit grower and a farmer, or, as he jokingly recorded at one time, a horticulturist.

The birth certificate for daughter Ethel Maud (July 1894) carries a note saying: “Everything is doing as well as can be expected.” She was born under grim circumstances. The most devastating flood of the Fraser River flood ruined Stickney’s orchard and crops and damaged or destroyed his home and any other structures on his property. The family left for Vernon that same year. In a letter dated 16 June 1894 to the Superintendant of Education by Emma Sampson writes that Stickney was eager to sell even before his property flooded a month later.

One last  child, a girl called Frances, was born in 1896 in Vernon BC and died shortly after her birth. He mother Esther died in the following year.

Click here to see a Stickney page of the Falkland Families Web site.